The growth of the tourism sector brings various impacts, both positive and negative for an area. The multiplier effect of tourism development is believed to have a positive impact, one of which is an increase in the economy of an area. The development of the tourism sector in general will follow the growth of tourism facilities such as hotels and restaurants so as to create jobs for the community. However, the development of tourism also has a negative impact that can threaten human life, namely environmental pollution. Waste generated by hotels and restaurants can pollute the environment and can have a negative impact on human health. This industrial waste can cause pollution and can be a hotbed for germs and disease. For this reason, efforts need to be made to minimize the negative impact of industrial waste by carrying out 3 R's (Reduce, reuse, recycle). This research took place at the Suite Hotel Jayakarta Labuan Bajo. This hotel is one of the hotels chosen as a place to stay for tourists who travel to Labuan Bajo. This study uses a qualitative descriptive analysis technique. Primary data was obtained through direct observation at the research location and interviews with related parties. From the observation, it is known that The Jayakarta Suite Komodo Flores Labuan Bajo produces organic and inorganic waste. One of the recycling efforts made to overcome environmental pollution from the waste produced is to process organic waste into eco-enzymes. Eco-enzyme is a liquid resulting from the fermentation of organic waste in the form of skins and pulp of fruits and vegetables. Eco enzyme has various benefits including as a versatile washing fluid, as a fertilizer, as a liquid pest repellent. 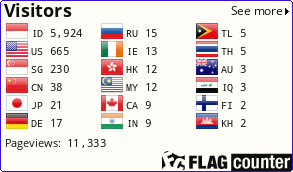